Docker’s new release also has increased security, new out of the box features including Kubernetes features and more support for Windows.

Docker Enterprise 2.0 was the first edition to support Kubernetes integration. While many people (erroneously) see Docker and Kubernetes as direct competitors, this proves that a black-and-white rivalry is just not true. There is no lock-in with Docker Enterprise. You can choose to run whichever orchestrator that you wish.

With the new dashboard feature, you can also keep an eye on your security and health. The dashboards allow for administrators to identify running containers with vulnerabilities in order to figure out the best way to handle the issue. The UI allows for easy identification of issues.

Ready to take the dive?

For further information and to connect with one of our experts, please submit our Contact Us form. 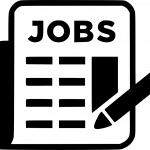